My blog has moved.
I made the switch from Blogger to WordPress today and so far, I'm loving it! The kinks will get worked out over the next few days, but this is the new link: http://sarahthigpen.wordpress.com/

On the new blog, there is a box in the top right corner that one can click to access more information. Thank you for reading and I hope you enjoy!

New Year's Resolutions
1. Cook more.
2. Read more.
3. Think about myself less and about others more.

A bad habit I'd like to break: Resorting to Lean Cuisines when I'm tired and hungry

A new skill I'd like to learn: Hand lettering, knitting, and playing the ukulele

A person I hope to be more like: Julia Child and Clovis Fowler

A place I'd like to visit: The Wizarding World of Harry Potter

A new food I'd like to try: Deer sausage! The Weichmans say that it is divine

I know that this next year is going to be filled with so many new blessings, opportunities, and memories. It's already off to a great start!
No comments: 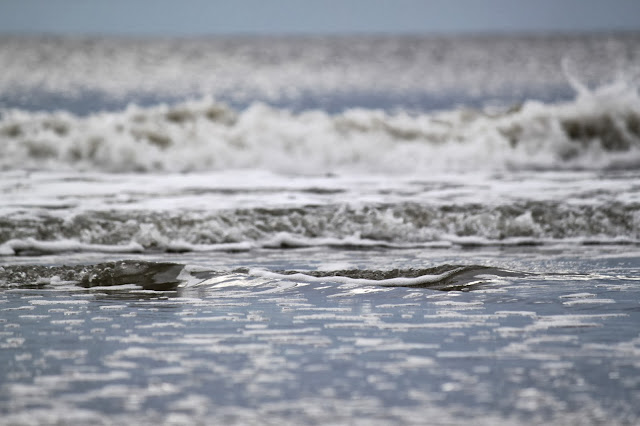 This year has been amazing. No matter which way you look at it, it's true. My sweet and beautiful friend, Abigail wrote an article that put a spotlight on the segregation of UA's Greek system. As a result, changes were made. She also spent her summer in New York City as an intern! The ever wonderful and wise Tess is kicking ass in Nursing school and is well on her way to reviving human hearts with her bare hands. She also has met the man that she is going to marry and I must say, he is wonderful. He has a fantastic sense of humor and he and Tess are truly a match made in heaven.
She thinks the world of him and I know that he thinks the world of her, too. One of my oldest and greatest friends, Hope got engaged! She has been praying for her husband for as long as I can remember and now she found him. He treats her like the goddess that she is, and I am so thankful for their love. I know that he will appreciate and admire her the way that she deserves to be appreciated and admired.

Andy is teaching littles and not-so-littles in China. He is sharing American traditions with them and looking healthier than he has in years and years and years.

As for me?
I spent the year working towards my career, bettering myself, and strengthening my spirit. Two years ago, I would have insisted that I did this alone. But, I met someone this year and I know that God wanted me to share my life with this person. So, that's what I did. This past year, I have been more positive, more self assured, more motivated, and more carefree than in any year prior. I have no doubt in my mind that Trey's presence in my life is a gift from God and that it is a gift that I should thank Him daily for. Life is better when it is shared with someone and I can't imagine that someone being anyone but Trey. I've known from the start that he's the one and I'm learning that everyone else has known, too.
I can't wait to see where the next year takes me and all of my loved ones.

Since I'm in bed with the flu and still recovering from wisdom tooth surgery, Trey and Tess have planned to postpone the start of the new year until I feel better and until we all can get together.  So, a post with New Year's resolutions will come at a later date.

December 26
Someone else needs to write about me getting my wisdom teeth out. All I know is that I loved my nurse and that right before surgery I told her that I felt like I was getting lethally injected, and I apologized for how morbid that was. Then, I cried the whole way home. For no reason.
From the videos: 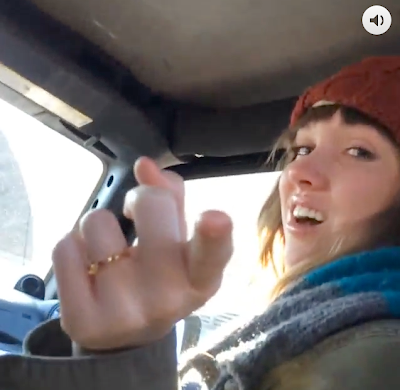 Then, Trey helped me take videos for Andy. In the videos, I cried and apologized for crying. 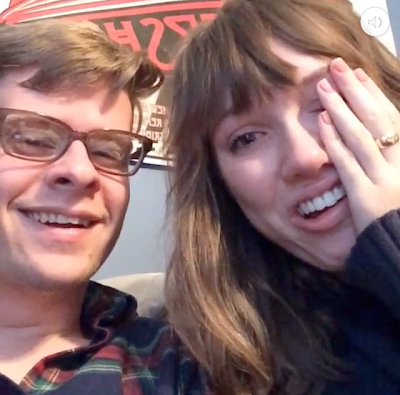 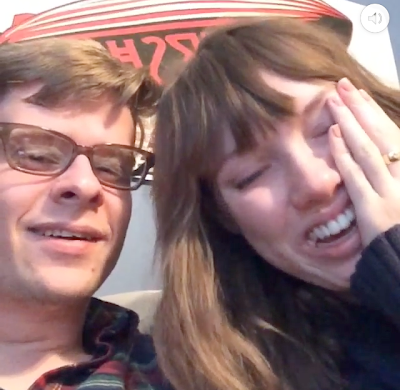 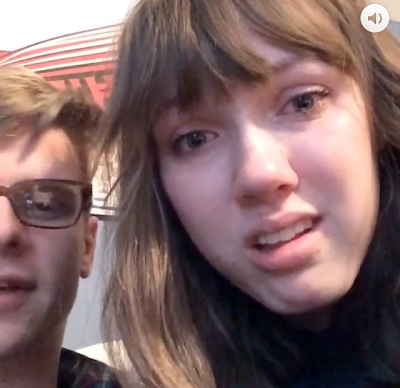 It was a roller coaster, I think.
It's currently 2:23 a.m. and I am wide awake and am going to eat mashed potatoes or soup or something.

It's the most wonderful time of the year.

It's the hap-happiest season of all.
Christmas Eve was splendid, as always. I had a wonderful dinner where I ate way, way, way, way too much. Then I received the typography books that I asked for! Then, I received the doll house that my dad built me when I was a little girl. But, this time, it was painted and looked even more beautiful than I remembered. I had to wipe a few tears away for that one.
I have the most incredible men in my life. 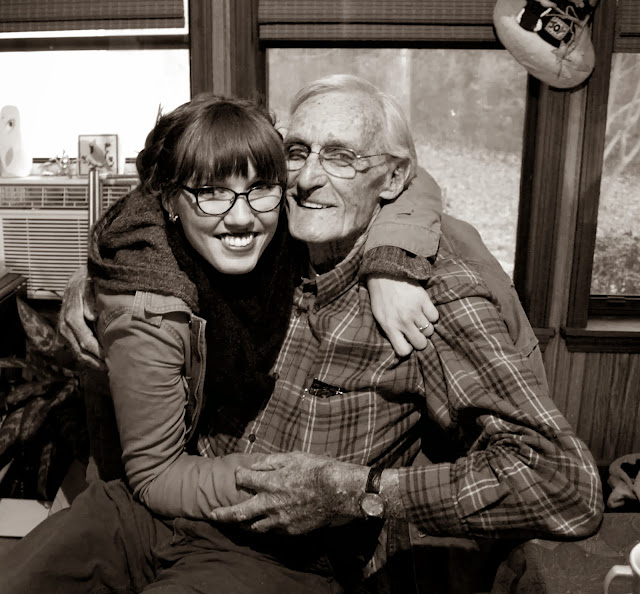 This Christmas was more unlike any other. The most noticeable difference was Andy's absence. I missed hearing his laugh coming from around the corner. I missed sitting next to him at the dinner table. Fortunately, I suppose, there wasn't really a "dinner" this year. I actually overheard my grandmother saying that she was just going to go pick up a bucket of chicken. Of course, me, my mom, and my aunts would never allow that. But, we didn't know that there wasn't a ham until it was too late, so we just snacked on dips, spreads, and pies. Food brings people together and when there is someone special missing, maybe the special foods should be missing, too.
There wasn't a Christmas tree this year. At first, I was shocked and quietly disappointed. Then I remembered how magical last year's tree had been and how big of a deal it was that my Papa had even put it up, since he had been so tired and sick. So, after Trey kindly, and discretely shifted my point of view and showed me the very small, table top tree that sat proudly in the hallway floor, I felt better.
Truly, it didn't matter that there wasn't a ham, seven casseroles, mashed potatoes, or a tree. All that mattered was that once again, we were all able to get together. And while Andy wasn't able to physically be there, I know that all the way over in China, he was celebrating in his own way.

One of the biggest events was Trey meeting Clovis and Imogene. I had prepped Trey for his handshake with Clovis, telling him how important handshakes are in my family. I had prepped him for the possibility of Imogene giving him an endearing pat on his bottom. But, I don't think that he was at all prepared for actually being in my Papa's presence. On Christmas Eve, I showed him picture after picture of Clovis and Imogene in their heydays. He was in awe. He couldn't get over how stunning my Papa was. Then, the next morning when he met him in person, he was in shock. The handshake went very well. All day, I could see him watching my sweet Papa. He listened intently when Papa told the story about winning first place in a greased-pole climbing race in '57. He decided that he needed a pocked knife, after seeing that my Papa always has one. He decided that he needed to carry a handkerchief, after learning that my Papa always has one handy. After Papa told him that he was built like he was, I think Trey blushed. When Papa said that he liked Trey's haircut that I gave him, Trey beamed. I have always felt like every man should strive to be like my Papa. So, when my already spectacular boyfriend tells me that he wants to be like my Papa, goes out and buys a pocket knife and handkerchief, and says that he is going to quit cursing (which he seldom did to begin with)...my heart flutters.
Oh, and Imogene...
When she first saw him on Christmas morning, he was asleep on the floor next to my bed. "Now, who am I looking at?" she said as she smiled. Then, when she saw him awake, she exclaimed, "Oh, wow. You are handsome!" All day, that's how it went. She led him around the house, showing him pictures and telling him stories. She gave him butterfly kisses, and then gave him a big kiss, right on the tip of his nose. In his Christmas card she wrote, "We love you already!"
Papa told him that he was impressed by him.
Nanny asked me if he tells me that he loves me, and then if he likes me. To both, I answered "he sure does."
It was a beautiful Christmas. 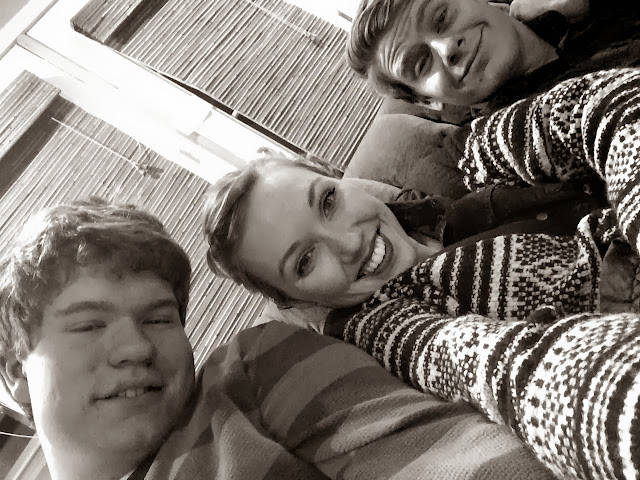 Trey is spending Christmas with me and my family this year! His family is going to Pennsylvania and his work schedule just doesn't allow for him to go, too. So, we get to keep him for Christmas! Though I would love for him to be able to have his traditional Christmas, I am overjoyed. Christmas cookie making, tree decorating, present wrapping, holiday song jamming, stocking stuffing, hot cocoa sipping, movie watching, and SO. MUCH. MORE. 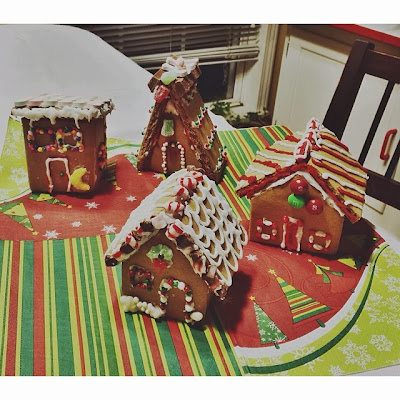 Christmas is a week away and things have been delightfully busy! I'm home and beyond pleased to sit beside a stunning fir tree that has been trimmed with everything Dr. Seuss recommends and more, and play Mario Party with Jon and Trey. Every time I wrap a present, I give it to Jon to place underneath the beautiful evergreen and he beams. The tree really is something this year. My dad did a great job.
All is merry and bright.
I qualified for the Dean's List.
I've got an incredible, supportive family.
I've been welcomed into another family with chocolate cakes and open arms from the very beginning!
Andy is doing well in China. The smog is the worst part about it, it seems.